I am a 33-years-old guy from Brno, Czech Republic who loves CG and Blender. After trying out some software like 3dsmax, Maya, Milkshape, Zbrush and several others I found Blender and was pleasantly surprised by what is possible to achieve in it. First impression of 2.45 was quite ok and after following few tutorials I began to get used to the interface more and more. I started discovering CG 17 years ago with book "3ds max 4" in my hand, took some classes at university (almost every class was about the geeky stuff like math, AI, etc.), but because job oportunities were concentrated mainly on programming, I've been programming fulltime and did CG in my spare time. Last years 7-9 years I was trying to even the time spent on programming and on doing CG and it's still a fight for me.

For the last 7+ years I've been working with Unity3D and Unreal Engine, doing postprocess, VFX, scripting and writing shaders. I still got few personal projects - games to finish, but lately I have been focusing on Unreal Engine 4 with VFX, Materials & Shaders and Optimalization.

6 years ago I started to draw with pencil and paper, mainly because I wanted to be at least good with digital painting. I've been handpainting textures and space nebulas (you can check them out on my Youtube channel and DeviantArt).

To learn new stuff and get deep understanding of modern rendering pipelines, I've started to write my own rendering engine with plain Python and OpenGL. The main focus was to learn more about shaders and game engine architecture. I've managed to implement Forward and Deferred Renderer with regular directional, spot and point lights, shadow mapping, SSAO, FXAA, Natural Bloom (inspired by Doom4) and various Tone Mapping postprocess effects. For multiple reasons I decided to implement old Diffuse-Normal-Specular model supporting Phong, Blinn Phong, Lambert, Oren Nayar and PBR IBL depending on Cook-Torrance model according to UE4 white paper. The shading is switchable at runtime.

I am currently working in game development company. For the last 2 years I've worked with Houdini doing procedural generation of assets, asset placement like automatical building placements in villages and procedural terrain data shaping according to input vector data to be able to provide several iterations per day for creative director.

In my free time I focus on sharpening the saw, doing 3D modeling, a little bit of sculpting, texturing and VFX and some programming. 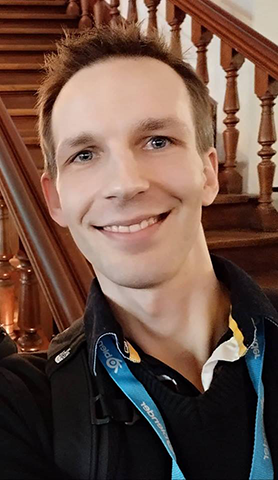 BlenderFreak is a Django powered website about Blender, game engines and a bit of programming which also serves as portfolio presentation.

Pavel Křupala currently works as Technical Artist in the game industry and has huge passion for CG, especially Blender.

I agree Our site saves small pieces of text information (cookies) on your device in order to deliver better content and for statistical purposes. You can disable the usage of cookies by changing the settings of your browser. By browsing our website without changing the browser settings you grant us permission to store that information on your device.